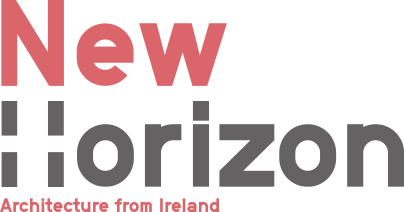 Footage from construction sites to dancehalls explores how the Irish helped shape the city, physically and socially, since the 1940s

The contribution the Irish have made to the built environment in other major cities worldwide is immense. London saw a wave of Irish come to rebuild the decimated city after the second World War, with over half a million people arriving in the city from Ireland between 1951 and 1961. One construction worker, Noel O’Donnell who emigrated to London from Connemara during that period, described it as another invasion. “Instead of Germans you had Paddies with shovels.” They helped rebuild the city from the ground up.

As well as physical construction, the Irish also built communities in Kilburn and Camden. These Irish communities were – and still are – a force to be reckoned with. We Built This City, a project by the Irish Architecture Foundation as part of Irish Design 2015, looks at that history and brings it right up to how the Irish are contributing to the city in the present day.

A short film, directed by David O’Sullivan of Dyehouse Films, premiered at a recent panel discussion as part of the project in Bethnal Green. The film gives a glimpse into the lives of thousands of Irish who emigrated to the city from 1940s onwards, with archival footage and images from the ships they arrived in, to the construction sites they worked on, and the dancehalls they entertained themselves in at night.

The film also features interviews with Irish labourers conducted by Ultan Cowley, author of The Men Who Built Britain, as well as interviews with Tony Murray, director of the Irish Studies Centre at the London Metropolitan University, Jennie McShannon, chief executive of Irish in Britain, broadcaster Dylan Haskins, and Irish Ambassador to Great Britain Dan Mulhall.

Two similar panel discussions are being planned by the Irish Architecture Foundation for New York and Chicago in November. The events make connections between concrete aspects of shaping a city: construction, architecture and engineering; and the intangibles: community, research, stories and culture. Two more short films will focus on the stories of the Irish in each city.