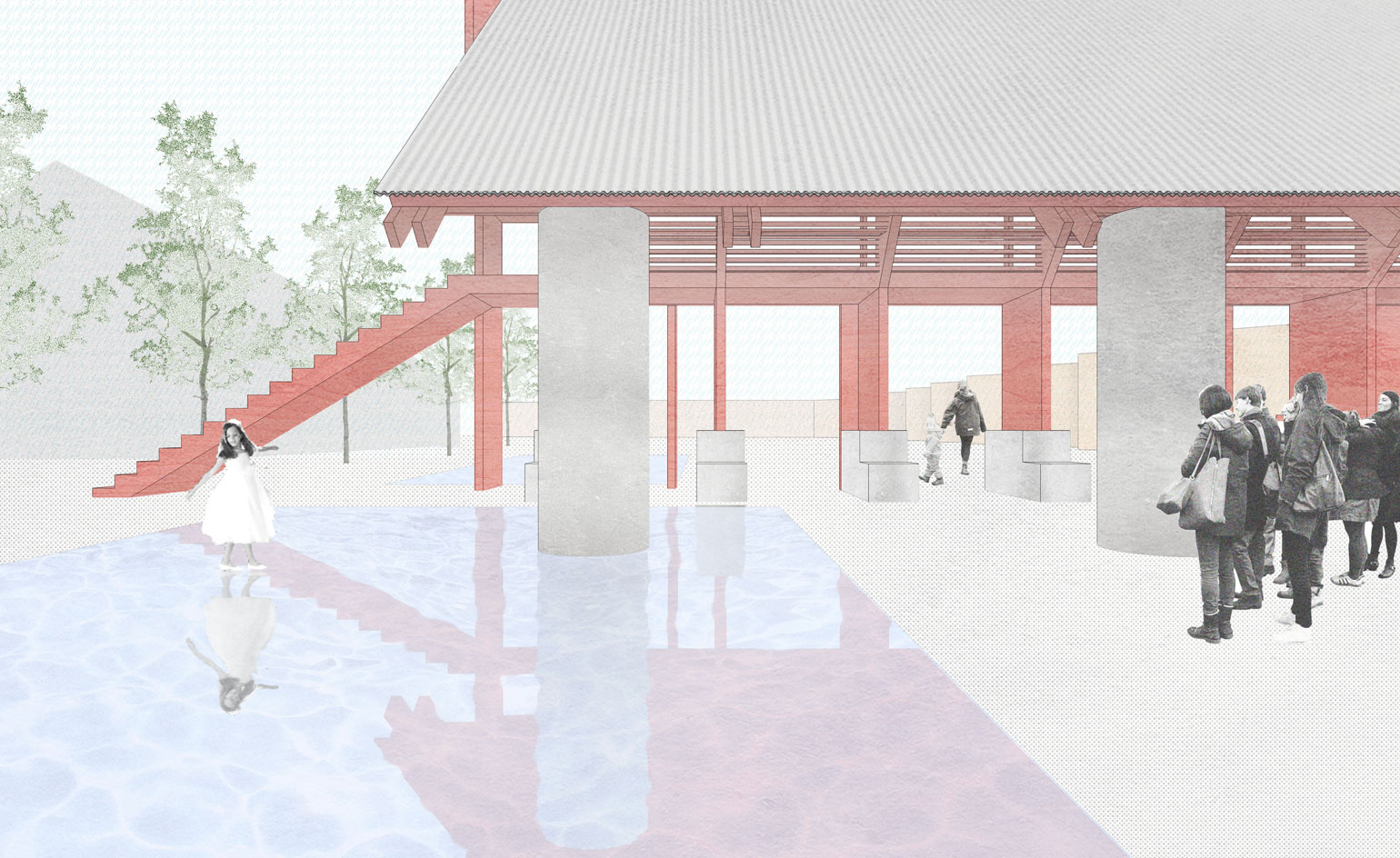 The London Festival of Architecture, the capital’s annual celebration of architecture and the built environment, is back. The month-long extravaganza launches today with a wealth of activities all over London, promising something for everybody, around a central theme: Work In Progress.

Shining a spotlight on London’s international character, this year’s offerings – a striking collection of over 240 talks, exhibitions, tours and installations – include a key brand new initiative. Having a Focus Country does exactly what it says on the tin and this year’s protagonist is Ireland. In collaboration with Irish Design 2015, a vehicle set up for the promotion and showcase of Ireland’s creative design talent, the festival marks its launch by unveiling two pavilions on Kings Cross’ latest public space, the Lewis Cubitt Square.

Naturally, both structures are designed by Irish practices – there is a vibrant yellow cubic shelter by Hall McKnight and a bright red structure, reminiscent of a stage set, by a group of young Dublin-based architects, including Clancy Moore, TAKA and Steven Larkin. Flanking the square, the vividly coloured structures were created in a record 10-days and were conceived as spaces for the public to interact and engage with architecture. ‘They had to be interactive, dynamic and the public should be able to engage with them,’ explains ID2015 Chief Executive Karen Hennessy. ‘We wanted them also to be a performance.’

The notion of performance did indeed come into the discussion quite a bit, explains Andrew Clancy of Clancy Moore, as did ideas around collaboration and authorship, which were equally important to the team. ‘Architecture is not a solitary discipline and for us, it would be more legitimate to do something were individual authorship is to that visible.’ Creating something that would be part of the public space was central to the design process and the red pavilion was designed as a public installation that can be used – visitors can sit there, walk through, while it will also be used for events.

This is why the SmartPly Oriented Strand Board (a plywood alternative) and concrete installation was created to be open, as ‘part of a large façade’, he says. ‘The façade of every building is its most public space. The places were people gather are often a type of threshold.’ Even its colour was a carefully thought-out choice, referencing the iconic London telephone box, a space, Clancy says, that sits between a room and a piece of infrastructure.

The yellow pavilion, in contrast, is more enclosed. Inside, it hosts bricks from a row of terraced houses from Belfast, where Hall McKnight have their base. It was designed as an exploration of how ‘the city is assembled from individual parts’, explain the architects, which feels like a perfect fit for the festival’s overall theme.

Kicking off with a big bash tonight, around the newly completed pavilions, LFA 2015 will unroll in the next four weeks with a host of explorations around its wide-reaching theme. We will follow the developments week-by-week, picking our highlights, from London’s exciting ongoing developments to the future of workspace. Watch this space…