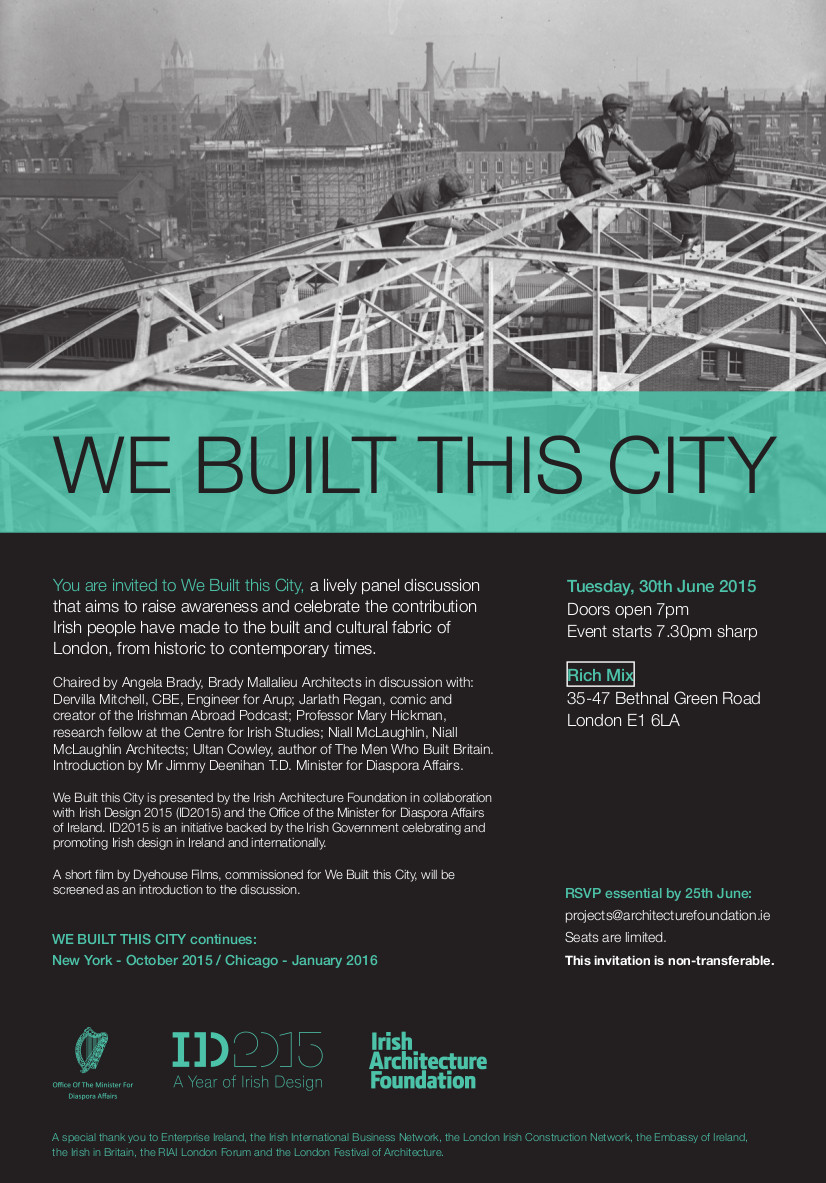 Every city holds the mark of its builders: the construction workers, architects, planners or even the citizens that take up residence there. Each of them leaves their impact on buildings but also on the communities they inhabit.

A new international project being led by the Irish Architecture Foundation called We Built This City, plans to get to the heart of this idea and see where the Irish sit in the creation of some of the most famous cities in the world.

Starting in London next week, before travelling on to New York and Chicago in the autumn, they are hosting a series of panel discussions about how cities are created and how by attempting to uncover some of the untold stories about the people who participated in the construction, development and design of them we can know ourselves better.

Planned as a central part of the Architecture Foundation’s contribution to the Irish year of design, ID2015, the London event will bring together architects, storytellers, writers and designers to debate and challenge each other.

A short film by Dyehouse Films was commissioned and will be screened as an introduction to the event. You can be part of the discussion too. It’s an open forum and free to attend but you need to book here: eventbrite.

Competition
If you can’t make the event you can still make your voice heard on social media and could also win a trip to London with accommodation for two in the Bloosmbury hotel (a Doyle hotel) into the bargain. The Irish Architecture Foundation wants to hear about your favourite places in London and what makes them special for you. It could be bus stop, a building or a pub. Log on to their Facebook page here or use the hashtag #webuiltthiscity on Twitter or Instagram and tell them all about it. Closing date: midnight July 5th.

Supported by the office of the Minister for Diaspora Affairs Jimmy Deenihan, the We Built this City programme will continue in New York in October and Chicago in November.